As some of you may know, Fandom Monthly Magazine is written and ran by teens, which means all of us are either in school or college. All of our schedules are quite busy, and the time for organizing tours has been dwindling. Because of this, the entire Fandom Monthly Magazine team has come to an agreement that our tours will now go on hiatus. This means that we will no longer be organizing tours, but tours that are upcoming will still continue being organized.

Thank you for your understanding!

This promotion will be on September 25th.

[Continue reading this post ➨]
Posted by Fandom Monthly Magazine at 9:25 AM No comments:

This mass author spotlight will be posted on August 1st, 2014. 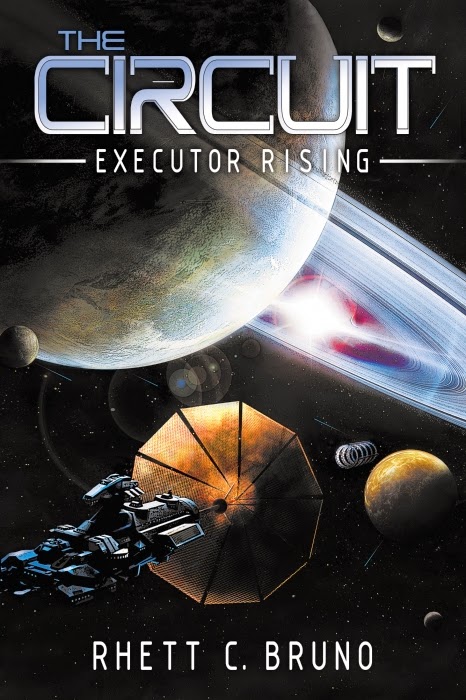 It has been centuries since Earth was rendered a barren, volatile wasteland. With their homeworld left uninhabitable, humanity founded a system of colonies throughout their local solar system. Known as the Kepler Circuit, these settlements are strung together by a network of nonaligned Solar-Ark transports, locked in continuous motion. They have served to provide an influx of resources to every faction ruling over the remnants of humankind, most importantly the newly discovered element Gravitum which is found only in the Earth’s unstable mantle. By 500 K.C. a religious sect known as the New Earth Tribunal has risen to preside over most of The Circuit. Though there is barely a faction left remaining to challenge them, a string of attacks on their transports force them to summon the enigmatic, yet brilliant, Cassius Vale for help. What they don’t know is that together with his intelligent android creation, ADIM, he is the one orchestrating the raids.His actions lead to the involvement of Sage Volus, a beautiful Tribunal Executor sent by her masters to spy on their mortal enemies – the Ceresian Pact. In order to find out who is behind the attacks, she infiltrates the ranks of a roguish mercenary named Talon Rayne. Against all her intentions, however, she finds her faith tested by him and his ragtag squad.
While Sage and Talon are engaged in a futile hunt, Cassius Vale initiates his strategy to bring down the narrow-minded Tribune once and for all. But will anyone be able to survive what he has in store for the Circuit?​​​​​​​​​​​​
ll Goodreads ll Amazon ll B&N ll 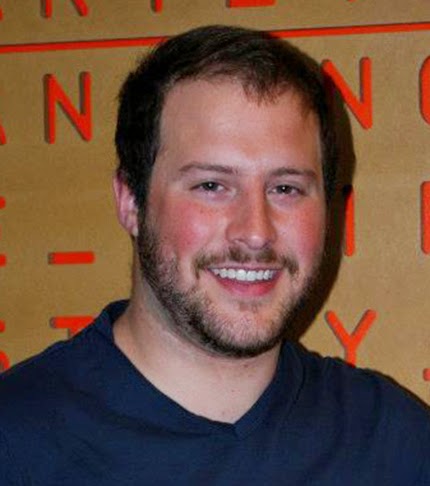 Rhett Bruno grew up in Hauppauge, New York, and studied at the Syracuse University School of Architecture where he graduated cum laude.
He has been writing since he can remember, scribbling down what he thought were epic short stories when he was young to show to his parents. When he reached high school he decided to take that a step further and write the “Isinda Trilogy”. After the encouragement of his favorite English teacher he decided to self-publish the “Isinda Trilogy” so that the people closest to him could enjoy his early work.
While studying architecture Rhett continued to write as much as he could, but finding the time during the brutal curriculum proved difficult. It wasn’t until he was a senior that he decided to finally pursue his passion for Science Fiction. After rededicating himself to reading works of the Science Fiction author’s he always loved, (Frank Herbert, Timothy Zahn, Heinlein, etc.) he began writing “The Circuit: Executor Rising”, The first part of what he hopes will be a successful Adult Science Fiction Series.
Since then Rhett has been hired by an Architecture firm in Mount Kisco, NY. But that hasn’t stopped him from continuing to work on “The Circuit” and all of the other stories bouncing around in his head. He is also currently studying at the New School to earn a Certificate in Screenwriting in the hopes of one day writing for TV or Video Games.
ll Website ll Facebook ll Twitter ll Goodreads ll

a Rafflecopter giveaway
Posted by Fandom Monthly Magazine at 11:58 AM No comments:

Author Spotlight:
Author spotlight is our most popular form of book promotion! This promo method has been around the longest, and has definitely helped increase book sales for all authors that we've ever promoted.
An author spotlight consists of: one book to promote, a synopsis and cover of that book, an author picture and bio, interview, and a giveaway if the author being promoted would like to list one.
See all of our author spotlights here

Book tour:
What exactly is a book tour? It is an online promotional tour which an author will go to different blogs or "tour stops" without traveling. A book blog tour is kind of like when an author travels a country going to bookstores for book signings. Except this is online. Book blog tours have been proven to be an excellent method for book promotion.
Usually, a book blog tour post will consist of a book cover, its synopsis, an author bio and picture, excerpt of the book being promoted, and a giveaway.
Giveaways have also been proven to be great ways to draw readers in. Readers love reading and books, but most of all, they love FREE books. Giveaways usually consist of print books, ebooks, swag (bookmarks, tee shirts, jewelry), gift cards, and paypal cash. The author or publisher can choose if they want to give away something, and what they want to give away.

Book blitz:
A book blitz is very similar to a book tour. Bloggers sign up, there are stops, but the difference is that the bloggers who sign up choose when to post the book blitz post in a certain time frame. When there is a book tour, bloggers sign up for a scheduled time and date to post.
Book blitzes also consist of a promoted book cover, its synopsis, an author bio and picture, excerpt of the book being promoted, and a giveaway.

Posted by Fandom Monthly Magazine at 1:29 PM No comments: